What sets Evolution apart from the competition? The people, the passion and the equipment.

started what was to eventually become Evolution in February 1998 by selling car parts from the trunk of his 1989 Volkswagen Jetta. This hustle was the foundation he built his company on when he opened his first garage on Dufferin Street in North York less than a year later. Business got really busy, really fast for Tito as he established a reputation for quality craftsmanship, hard work and passion for all things cars. Within the first year, he grew to take on Head Technician Bruno Santos.

Fast forward 20+ years and Bruno still has the original picture he took with that 1989 Jetta, but it now hangs in the office of his newly acquired, upgraded facility. It serves as a representation of how far he’s come, and a reminder of the passion that his company is built on.

The new facility is the 5th expansion he’s made in the industry, having outgrown the space and aesthetics of his previous 4 facilities. His company has expanded to 5 employees including himself, Bruno, and 2 other full time technicians. What does the future look like for Tito? His goal is to keep doing what he’s doing and growing his business. 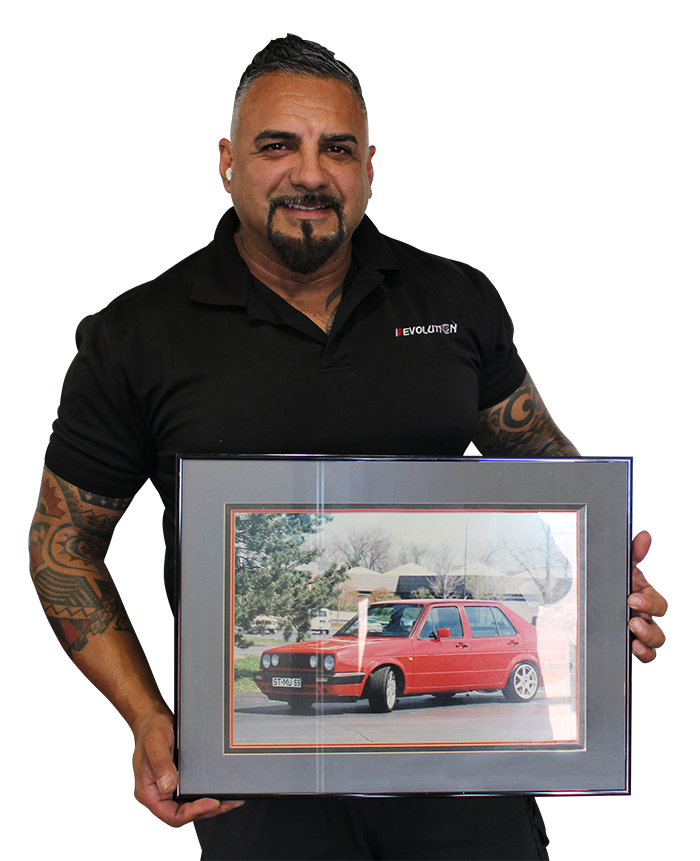 was introduced to Tito Toro in 1999, when he bought one of his first cars: a 1997 BMW 540 he was interested in modding. He immediately recognized Tito’s confidence and passion for all things cars and continued to bring his vehicles to Tito through Evolution’s growth and expansion. He recognized and appreciated the family approach and consistent familiarity he developed with the crew, as he became close friends with Head Technician Bruno Santos and the rest of the Evolution Team too.

Derrick’s managerial background with the humane society lead him to developing some ideas about marketing and expanding Evolution. He shared those motivations with Tito and ultimately became a part-owner of the company in 2014. Derrick took over the management of the marketing and was instrumental in helping them grow into their current space with an impressive 4-hoist garage, and comfortable foyer for customers. He places great value in ensuring clients can share in the employees love of cars, and wants everyone to feel comfortable bringing whatever care they own to Evolution. He takes pride in affordability and inviting nature the new facility offers to people when they come in the from door, regardless of whether they’re a brand new customer or a lifelong patron.

Conscious evolution means having the desire to evolve.

Their in-ground alignment machine, and their tire and air conditioning equipment are like none other in the area. In fact, many other garages bring their customers’ cars to Evolution to check things like alignment on cars that are lower to the ground because their facilities are so modern and sophisticated. Our expertise has won us 15 awards across the GTA for everything from customer satisfaction to quality repairs. 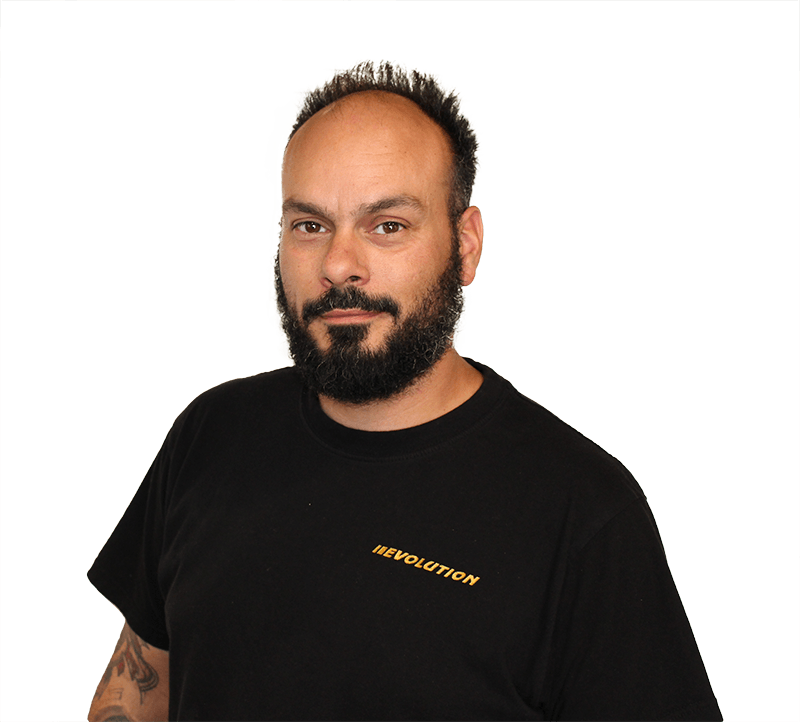 Bruno Santos was introduced to Tito early in 1998 when he bought one of his first cars: an MK2 Golf GT. Both Tito and Bruno quickly became good friends and Bruno eventually started with Evolution in November of 2000 as the main service technician. From a small single bay shop on Dufferin and Dupont, to now at our 5500+ square foot facility, Bruno has been a part of the Evolution team and has been along for the evolution of the business in many ways. The industry has changed so much from 2000 to now. He is certified with a 310S service technician license and several electric vehicle certifications as well. Bruno oversees many of the day to day jobs at Evolution and keeps things going in the back. He has become the go-to guy, well known in the performance industry, but also now very well known in the Tesla community too. Bruno’s top priority at Evolution is truly keeping the customer happy with all services.

Bruno also has the automotive bug himself! With a long list of projects of his own, he without a doubt makes an impact in the industry.

Will he stop there? We think not!

Alex Broadhead started in the auto industry when he was 18 years old as a parts counter worker. He has also worked in service departments as a writer and a service manager, but his love of “wrenching” on cars inspired him to make the switch in his career to actually working on cars. “I’ve always worked on my own projects since I had my first car, which was a dilapidated 1993 Honda Civic Hatchback. I’ve always been a Honda person. I’ve built my own motors and torn apart every piece of every car I have ever owned, from motor swaps to turbo builds.” Alex is self taught, and learned step by step with every new project he tried. Although he’s worked with Bruno on many projects over the years at Evolution Alex officially joined the Evolution team in March of 2020. 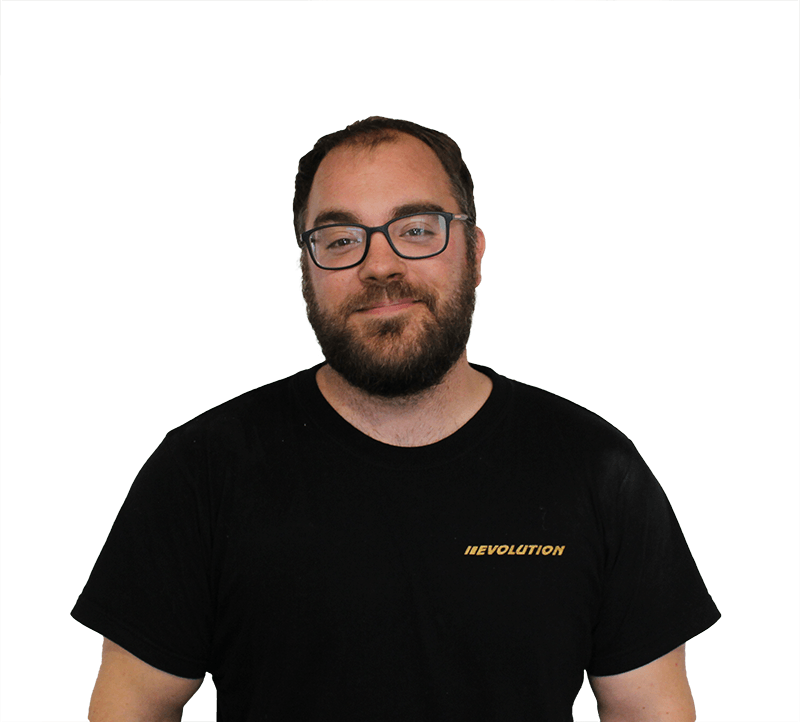